Bollywood and cricket are two of India’s most fascinating career paths. These two professions are connected with fashion, glamorous, entertainment, money, and a luxurious lifestyle. Cricket is India’s most popular game, and Indian cricket players are idols to their fans.

While a few couples are currently married, others had contentious relationships. Here is a list of Bollywood actresses who have dated cricketers.

The frequent joint appearances of Elli Avram and Hardik Pandya at various functions, on sets, and in airports created excitement among many fans. The rumoured couple hasn’t released any official information regarding their relationship.

While Hardik is a valuable member of the Indian cricket team and is happily married to another actress, Natalia Stankovic. 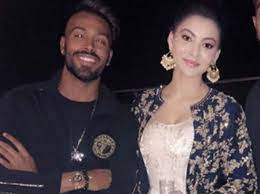 Before Married to Natalia Stankovic Hardik and Urvashi Rautela were in a relationship but their Relation did not run for a long term. 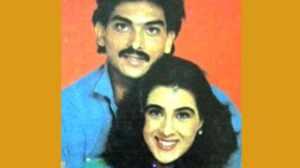 Ravishankar Jayadritha Shastri, popularly known as Ravi Shastri, was a tall and attractive all-rounder cricketer who was mainstream among females in the 1980s. Amrita Singh, on the other hand, was a shining star rising in popularity in Bollywood.

After their relationship ended, Amrita was in love with Saif Ali Khan, who was 12 years her junior, and the two married in 1991. Said and Amrita divorced in 2004. 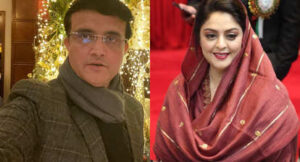 Nandita Arvind Morarji, formerly known as Nagma, has become a well-known political figure. The former captain of the Indian cricket team and the actress were in love. Dona Roy and Saurav Ganguly were already wed at the time. Because of how the affair was impacting his marriage and professional life, Saurav ended his relationship with Nagma. 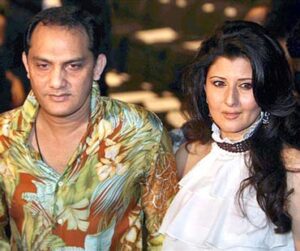 Sangeeta Bijlani, a stunning actress, clean bowled Azharuddin through her beauty, one of the popular Indian cricket captains and a very skilled batsman, when he was already wed to Naureen.

Azhar and Sangeeta were deeply romantic and got married in 1996, but Sangeeta later granted Azhar a divorce over claims that she had an affair with badminton player Jwala Gutta. 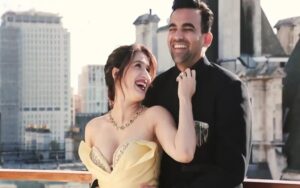 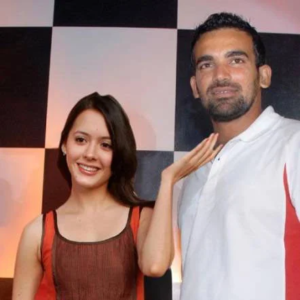 The actor reportedly had a long-term relationship with the stunning Isha Sharvani for eight years prior to his affair with Sagarika Ghatge. 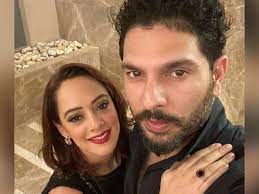 Actress Hazel Keech and star cricketer Yuvraj were introduced by a mutual friend. Their friendship developed over time after beginning on Facebook. Yuvi dated Deepika Padukone and Kim Sharma before Hazel.

After two years of dating, Yuvraj Singh wed Hazel in Chandigarh on November 30, 2016. 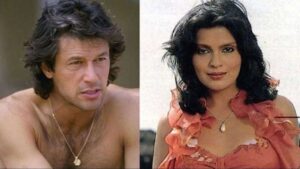 Zeenat Aman, a bold and successful actress in the 1970s and 1980s, and Pakistani cricket legend Imran Khan gained attention with their relationship. The relationship, however, did not last very long. Zeenat then married Sanjay Khan in 1978, but they filed for divorce after a year, and she married once more in 1985 to Mazhar Khan, who died in 1998. 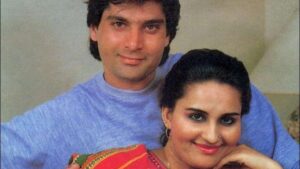 Mohsin Khan, a Pakistani cricketer, has also appeared in many Bollywood and Pakistani films. He was married twice to Indian actress Reena Roy before marrying in his home country. After a few years, he abandoned her, and their daughter Jannat aka Sanam now lives in India with her mother. 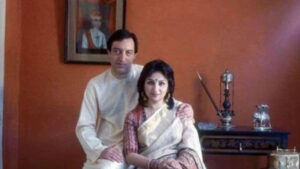 When they got married in 1969, one was a successful Test Cricket captain and the other was a well-liked actress. Tiger Pataudi, also known as Nawab Pataudi Mansoor Ali Khan, was made the headline by Bollywood diva during their legendary romance in the 1970s, a time when Hindu-Muslim marriage was not permitted.

For this marriage, Hindu Sharmila converted to Islam and adopted the name Ayesha Sultana. Several people, including family members, opposed this marriage. 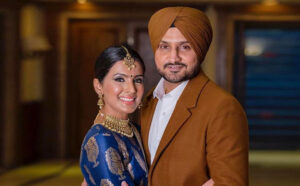 Harbhajan Singh aka Bhajji, the successful spin bowler for the Indian Cricket Team, hasn’t ever revealed his relationship with Bollywood star Geeta Basra. On October 29, 2015, the couple got married. On July 27, 2016, Geeta Basra and Harbhajan has become parents to a beautiful girl named Hinaya Heer Plaha.

Most Beautiful and Hot Tv Actress In India- Top 20

Top 5 Most Popular Villains in Bollywood