These are some of the most famous Bollywood actresses who became pregnant before marriage. Some of them are well-known for their roles in Bollywood films, but their careers were stalled as they received praise and affection from the public.

Bollywood actors have a massive fan base all over the world. They are well-known and well-followed for their fashion and lifestyle, or we can say that some of them adhere to Western culture or set a new trend.

Some of them keep their secrets hidden or refuse to share details about their personal lives, but we have compiled a list of actresses who have admitted to having an affair and becoming pregnant before marriage. These actresses are also well-known for their film roles.

The Bollywood actresses who became pregnant prior to marriage are listed below. There are a lot more people on this list, but we’re only mentioning the ones who became famous. Ranbir Kapoor and Alia Bhatt, one of our generation’s most adored couples, married on 14th April 2022; two months later, the actress confirmed that they will soon become parents. Celebrities congratulate the power couple, including Ranbir Kapoor’s sister Riddhima Kapoor Shahni and fans. Dia Mirza divorced her first husband in 2019, married Mumbai-based businessman Vaibhav Rekhi in February 2021, and announced her pregnancy after one and a half months. Natasa, a Sarbia-based Bollywood actress, married Indian cricketer Hardik Pandya on January 1, 2020, and gave birth to a son on July 29, 2020. They are now happily married. 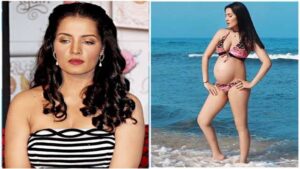 Prior to her marriage, Celina appeared in several Bollywood films, including No Entry, Apna Sapna Money Money, and Golmaal Return. She married Dubai-based businessman Peter Haag in 2011, and after only a few months of marriage, she gave birth to twins in 2012.

Konkana Sen Sharma is a National Award-winning actress known for her roles in Mr. and Mrs. Iyer (2002), Omkara (2006), and Wake up Sid (2009). Before marriage, the actress dated actor Ranveer Shorey, and they married in 2010. After a few months, they announced their first child, a girl, but they are now divorced.

Sridevi ruled the 1980s era of Bollywood, first married veteran actor Mithun Chakraborty in 1985 but divorced in 1988, when her affair was with Indian Filmmaker Bony Kapoor, she confirmed her pregnancy news before marriage and they married in 1996. She was praised for her beauty and performance in several films, for which she was awarded the Padma Shri by the Indian government in 2013.

Mahima married businessman Bobby Mukherjee in 2006 and appeared in five films that year, but she gave birth to a baby girl after a few months of marriage and took a long break, failing to regain the same popularity when she returned.

This is still a mystery, but according to rumors, yesterday’s lovebirds and finest actors Raj Kapoor and Nargis had a girl child, Dimple Kapadia, who also worked in many Bollywood films and is married to superstar Lt. Rajesh Khanna. However, this story appears to be fabricated. Viv Richards and Neena Gupta were in the spotlight in 1980 for their high-profile affair; their daughter Masaba Gupta was born in 1989. Because Viv Richards was already married, they decided to live apart. Neena Gupta is now married to Vivek Mehra, a businessman. The actress is well-known for her roles in a number of TV shows and films. 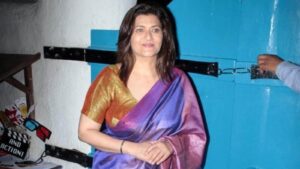 The actress had an affair with today’s megastar Kamal Hassan, and they married in 1988, but their first child, Shruti Hassan, was born before marriage, in 1986. They also have a daughter, Akshara Hassan, who debuted in Bollywood and South Indian cinema. Kamal Hassan and Sarika have been apart since 2004.

Mona Ambegaonkar, an Indian film and television actress, is a single mother of one child; according to sources, her CID co-star Dayanand Shetty is the child’s father.