Beauty pageants, whether on an international or local level, play an important role in boosting women’s confidence because these pageants reflect not only physical beauty but also inner beauty.

The organisation of these competitions gives women confidence that they can do what they want and demonstrate their ability and talent on stage in front of an audience.

These pageants are crucial to women’s empowerment. However, there is disagreement about whether they truly empower women. Different people have different perspectives on it.

Some people see it as just a competition in which some girls show off their bodies and do ramp walks on stage, while others see it as a powerful medium for women’s personal development. It boosts their self-esteem and improves their social skills.

Let us go over two of the four major International Beauty Pageants, Miss World and Miss Universe, and their roles.

The main distinction between the Miss World and Miss Universe beauty pageants is that they are run by separate organisations. They are held at different times throughout the year to avoid conflict.

Despite the fact that both pageants assess the beauty of contestants from all over the world. The selection criteria in both cases are different.

The most popular of the four International Beauty Pageants is Miss World, the longest-running beauty pageant.
This beauty pageant was won six times by India. Here is the complete list of Miss World India winners.

Reita Faria was born in Matunga, Mumbai, to Goan parents on August 23, 1943. She was the first Asian woman to win a beauty pageant on a global scale. She won the Miss World Beauty Pageant in 1966, becoming the first Indian to do so after defeating contestants from 51 countries. 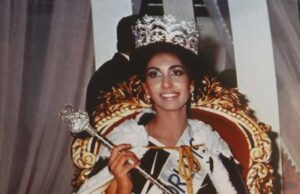 She received numerous offers to act in films, as well as modelling and acting contracts, after winning the pageant.
But she turned them all down. Instead of modelling, she aspired to be a doctor.

She received her M.B.B.S. from Grant Medical College and moved to London to further her education. She married David Powell, her mentor. The couple moved to Dublin in 1973, where she began her medical practise. 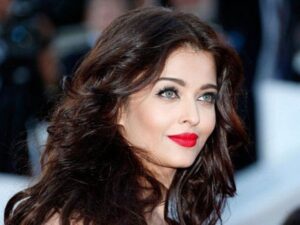 Aishwarya Rai is a big name in Bollywood, known for her stunning beauty and acting abilities. She is a successful Hindi film actress. In 1997, she made her Bollywood debut in the romantic comedy Aur Pyar Ho Gaya, co-starring with Bobby Deol.

Yukta Mookhey became the fourth Indian woman to be crowned Miss World. She was born to a Sindhi family on October 7, 1979 in Bangalore, India. 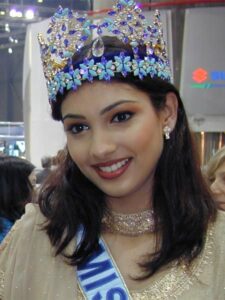 She was crowned Femina Miss India World in the same year she won Miss World in 1999. Following her reign as Miss World, she became involved in a variety of social and charitable endeavours.

She also appeared in several films, including Pyasa, in which she co-starred with Aftab Shivdasani. She is a civic activist who has spoken out against child labour. She is a staunch human rights activist who has worked with numerous non-governmental organisations to mentor young girls.

In 2002, Priyanka Chopra became the fourth Indian to win the Miss World title. She is a well-known model, actress, singer, producer, and philanthropist. 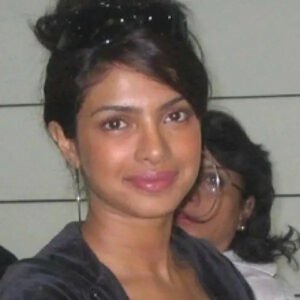 She is one of the most well-paid and successful actresses. She was honoured with numerous awards for her work in films, including two national film awards and five Filmfare awards. In 2016, the Indian government bestowed upon her the Padma Shri, the country’s fourth highest civilian honour.

Aside from her success in Bollywood, she also had success in Hollywood. She rose to prominence as Alex Parrish on the American television series Quantico, which aired from 2015 to 2018. She got married to her boyfriend Nick Jonas.

Manushi Chhillar is the sixth Indian woman to be crowned Miss World. She was awarded the title in 2017. In the same year, she was crowned Femina Miss India, representing her home state of Haryana.

She was born on May 14, 1997, in Rohtak, Haryana, to a Haryanvi family. Her father is Dr. Mitra Basu Chhillar, a scientist in the Defense Research and Development Organization (DRDO), and her mother is also a doctor.

She decided to become a doctor after being inspired by her parents. She earned her M.B.B.S. from Bhagat Phool Singh Medical College in Haryana. In 2022 She started her acting career with Prithviraj movie.

In 1994, Sushmita Sen became the first Indian woman to be crowned Miss Universe. At the age of 18, she was crowned Femina Miss India the same year. 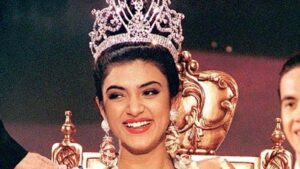 On November 19, 1975, in Hyderabad, she was born into a Bengali family. Shubeer Sen, her father, was a former Wing Commander in the Indian Air Force.

She decided to pursue a career as an actor after winning the Miss Universe title. In 1996, she made her Bollywood debut with the film Dastak. She became a successful actor and won numerous awards for her outstanding performances.

Lara Dutta was born in Ghaziabad, Uttar Pradesh, on April 16, 1978. In 2000, she became the second Indian to be crowned Miss Universe. The Miss World Beauty Pageant was held in Cyprus this year. She was crowned Miss Intercontinental in 1997. 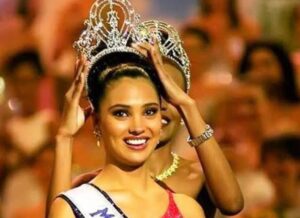 She decided to pursue acting as a career after winning the Miss Universe title. She appeared in a number of Bollywood films. She made her Bollywood debut in the film Andaaz, which was released in 2003. She won the Filmfare Award for Best Female Debut for this film.

Harnaaz was born on March 3, 2000, to Sikh parents Pritampal Singh Sandhu and Rabinder Kaur Sandhu in Chandigarh, India. On December 13, 2021, she will be crowned Miss Universe. She won the title after Lara Dutta had held it for 21 years and made the entire country proud. 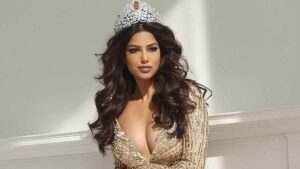 She is also involved in the Punjab Film Industry. Yaar Diyan Poo Baran and Bai Ji Kuttange are two Punjabi films in which she appeared.